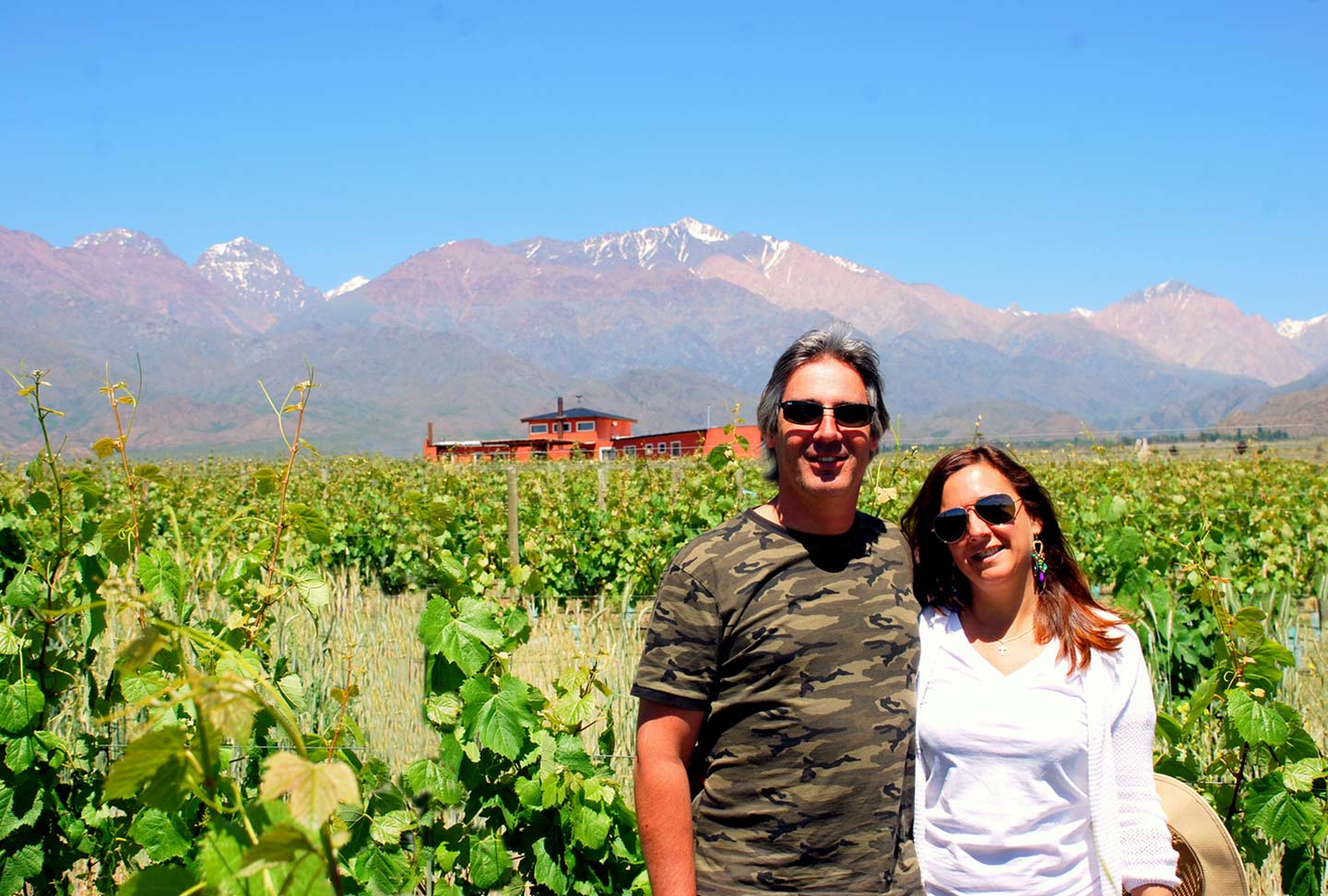 A family winery launched in 2009 by Patrick Blousson and Victoria Jones, a couple in love with Life and the wines they make together, who decided to travel to the Uco Valley in Mendoza in search of something new.

The son of French parents and grandparents, Patrick spent a large part of his childhood and youth in the countryside of Buenos Aires Province, where his grandparents had a stud farm. He always enjoyed open spaces, being at one with nature and working with the land. Family upbringing and repeated trips to France shaped his style and tastes. Patrick defines himself as “Franco-Argentine”, French culture a strong part of his daily life.

Studying IT and telecommunications at university, Patrick worked in large corporations, going on to start his own company.
His combined analytical capacity, mental acuity and keen perceptiveness transferred well to winemaking, lending his wines their own unique stamp that reflect his passion for viticulture.
Patrick has two daughters, Camila and Clara Blousson.

Formally a primary school teacher, Victoria has a Bachelor of Science in Education and worked at various schools for about 10 years. Naturally inquisitive, energetic and decidedly entrepreneurial, years later she would venture into the world of finance and real estate, focusing on helping people to achieve financial stability. It was her second career that motivated Victoria and Patrick to move to Mendoza in search of lands that would allow them to develop a project to enrich their own lives.
Victoria has two daughters, Agustina and Jimena Rodríguez Arias.

When Patrick and Victoria met in 2008, they never imagined that this magical place they chose to work and settle would be such a life-altering change. 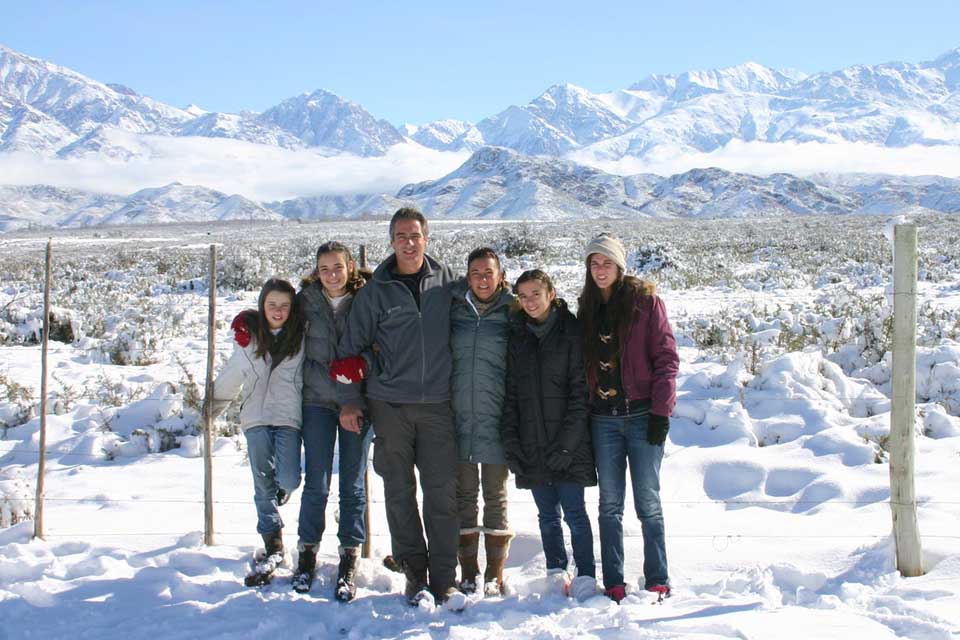 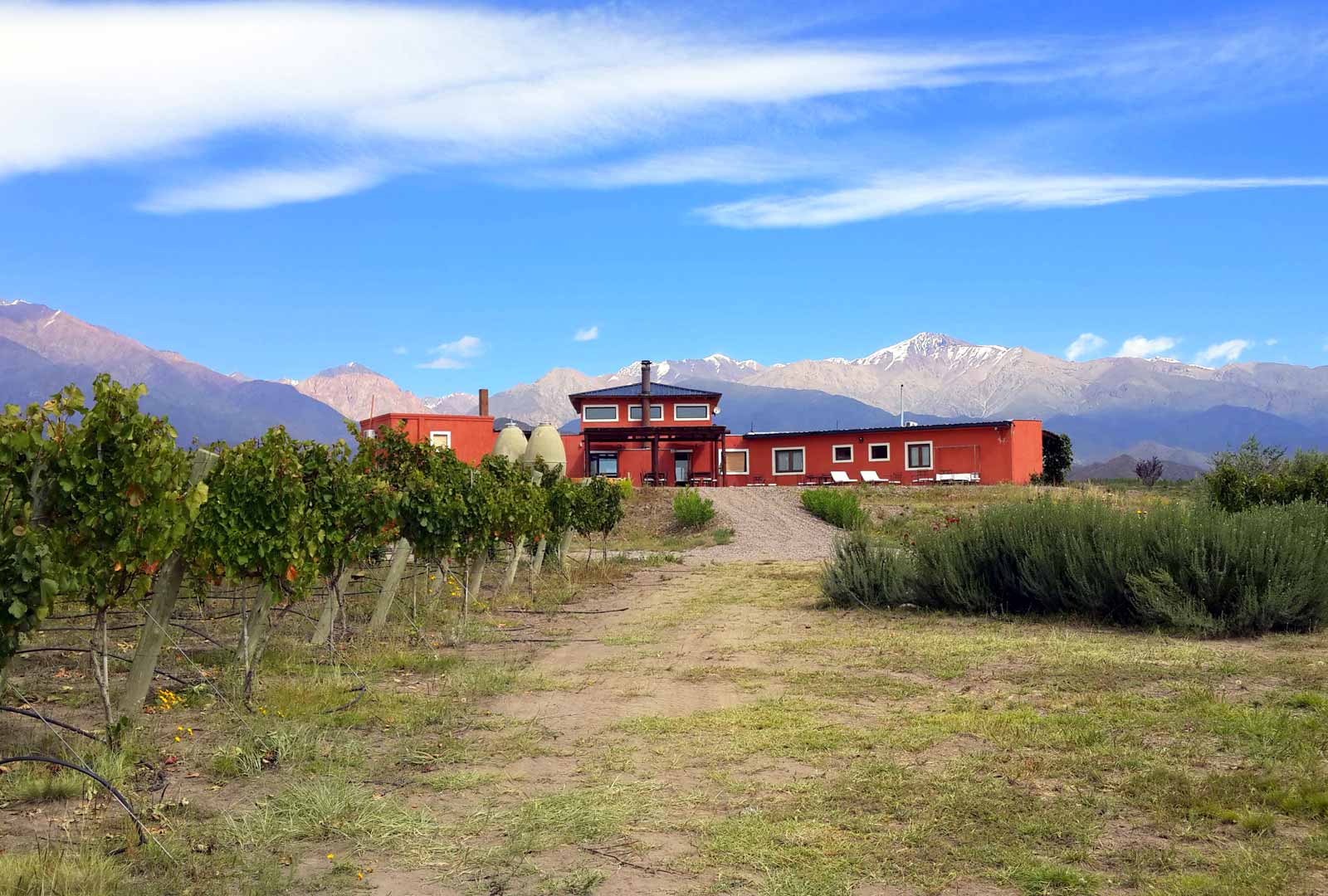 After visiting several of Mendoza’s regions in April 2009, Patrick and Victoria landed in Valle de Uco, the Uco Valley.

Captivated by the landscape, the majesty of the Andes, the purity of the area and the fertile lands, they acquired their first five hectares in the Los Chacayes IG district in the Alto Valle de Uco, in the western-central region of the province.

They decided to settle in this paradise of vast, virgin space and start developing their enterprise: Finca Blousson.
Located 120 km from Mendoza city, Los Chacayes is now recognized as one of the premier regions for cultivating top-quality vineyards in Argentina.

Patrick and Victoria planted their first Malbec vines in 2010, adhering to organic soil management from the start, without the use of agrochemicals and with great respect for the local flora.

The site where they built their home is so magnificent, particularly with the addition of the new vineyards and the cultivation of aromatic plants such as saffron crocuses, it became a destination to be visited for many friends, winemakers, winegrowers and visitors from different parts of the world.

In 2012 they opened a simple Bistro and Boutique Hotel within their home, which strengthened their efforts to put down roots in the area. Finca Blousson's first vintage was 2013, producing just 900 bottles of organic, natural Malbec, made in Patrick Blousson's own style in collaboration with the talented winemaker Matías Michelini.
In late 2017, with 20 hectares of newly acquired land, and each wine already recognized with prestigious awards, Finca Blousson reached a very important and transcendent moment in its history.

The quality of its products, the way of working the land and its impressive location attracted the attention of an Irish investment group,owners of the prestigious Château La Coste winery in La Provence, France, and friends of Bono, the singer of the band U2.
The investment group purchased the property to produce high-quality red wines at its winery.

Patrick and Victoria, in addition to devoting a part of their time to supporting and advising the new investor group, decided to acquire a new property and new terroir in the Uco Valley, continuing their Finca Blousson brand and producing their signature wines.
With the aim of expanding their wine portfolio to satisfy the demand of its exclusive clients, the production of new wine varieties began in 2018. Additional grapes include Pinot Noir, Cabernet Sauvignon, Cabernet Franc, Syrah and Torrontés, among others.
Two new lines of wines are currently in full development, designed for the most demanding international markets: Amará Blend of Choice, and Amará Varietales Argentinos. 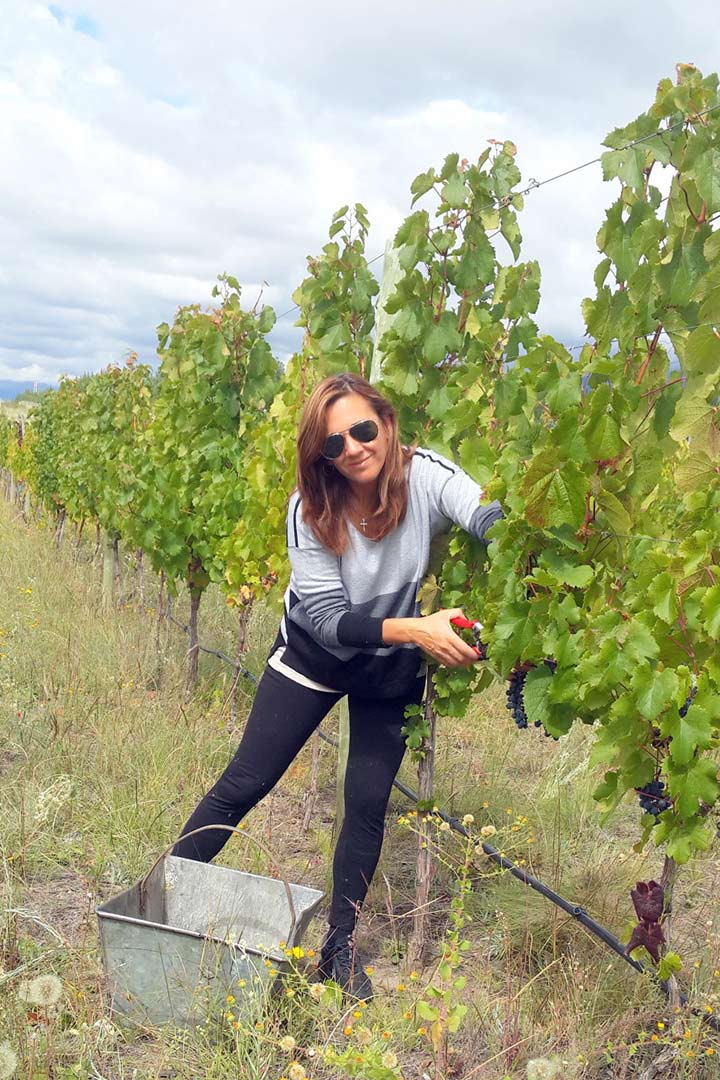 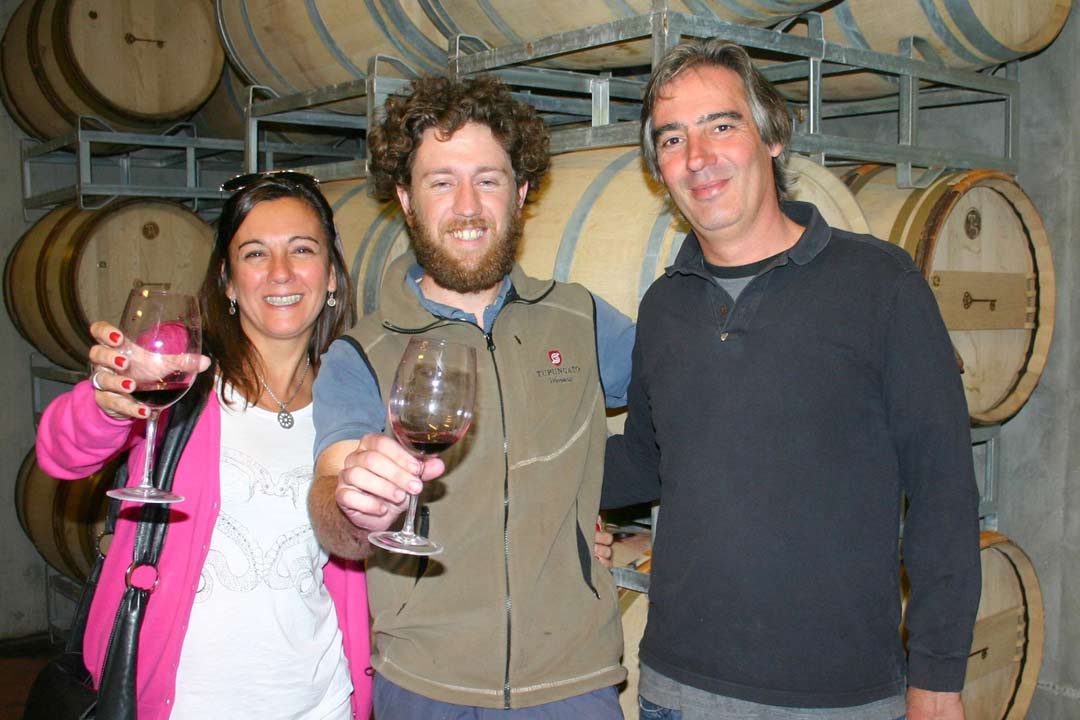 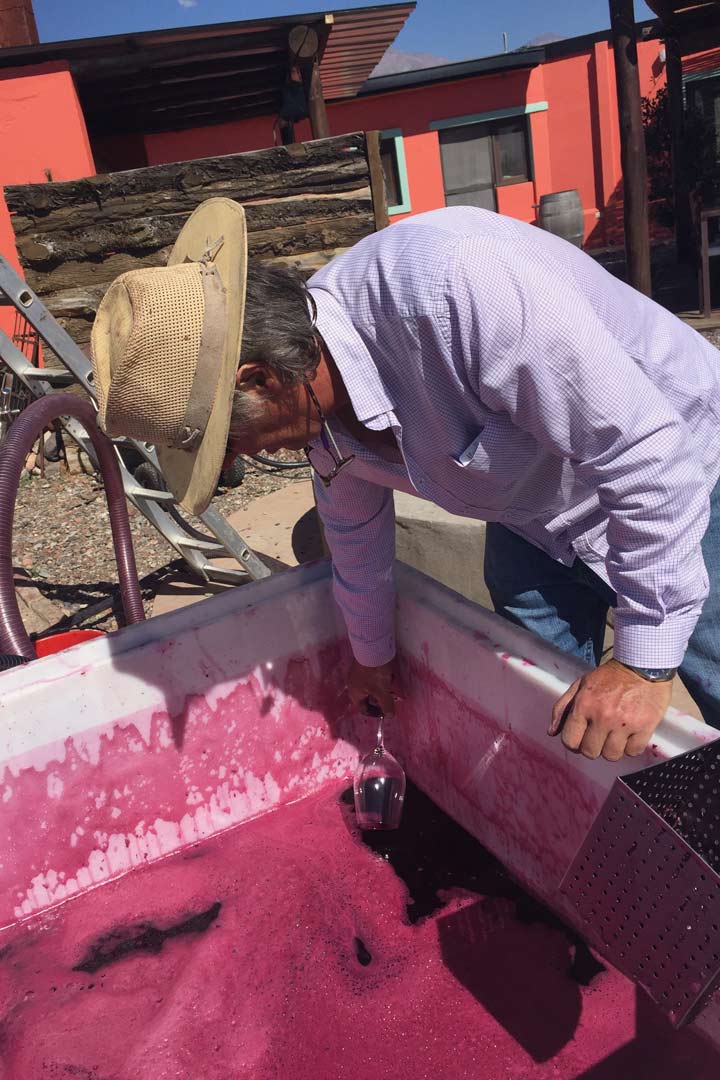 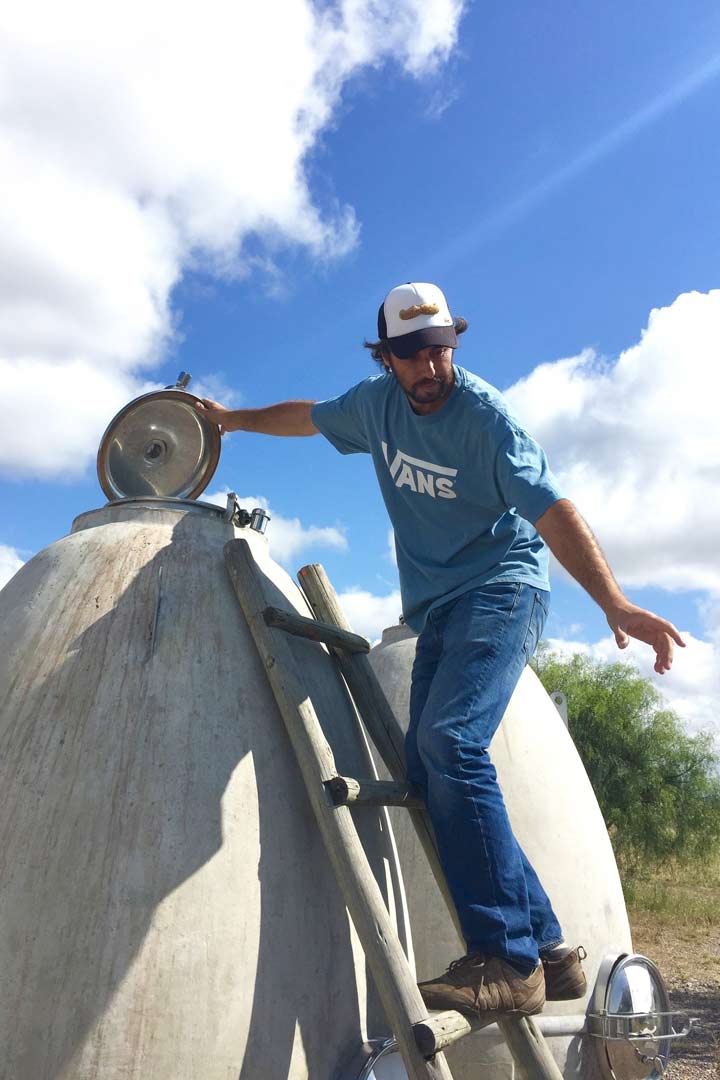 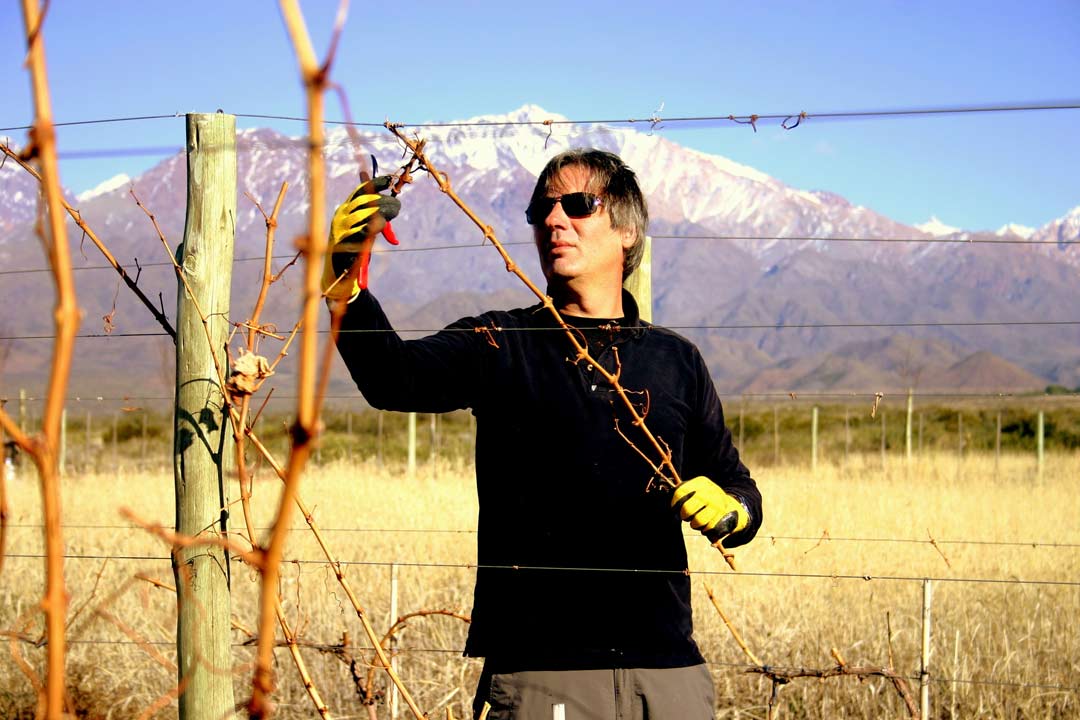